There’s a part of Berkeley that runs astray from the blooming 18 year old university students who aspire to lead our society by one day balancing budget sheets for tech companies and teaching people the academic virtues of their peaceful ways through force. It’s not the typical suburb.  It’s definitely no Sausalito or Bernal Heights.  Given its proximity to Oakland and its scarcity of street lamps, one might get the correct idea, but even so, this part of Berkeley has its own appeal.

We parked across the restaurant where an small artsy cafe was having a socially cheerful private event.  From where we parked, we could see police outside mediating what looked to be a small group of people sitting out on a curb outside a lively cocktail venue.  When I asked my friend if this was where we were going, she said no.  The restaurant was two doors down.

It seemed like a quiet evening.  We were greeted with two lively bartenders: a young bubbly woman with who my friend mention had lovely eyeliner and a young man who humor was somewhat dry but feasable.

The restaurant offers Pisco a brandy from what I’ve heard comes from Peru, which I’ve only had at one other place, La Mar in San Francisco.  The restaurant also serves up duck fat fries with a spicy mayo or tartar sauce.  For the entree, I had a full plate consisting of shredded beef, rice, plantains, an arrepa, and cheese.  My friend had an empanada and a Negra Modelo.  It was good.  Good place!  In a few weeks, they’ll open the backdoor patio: heatlamps and string lighting. 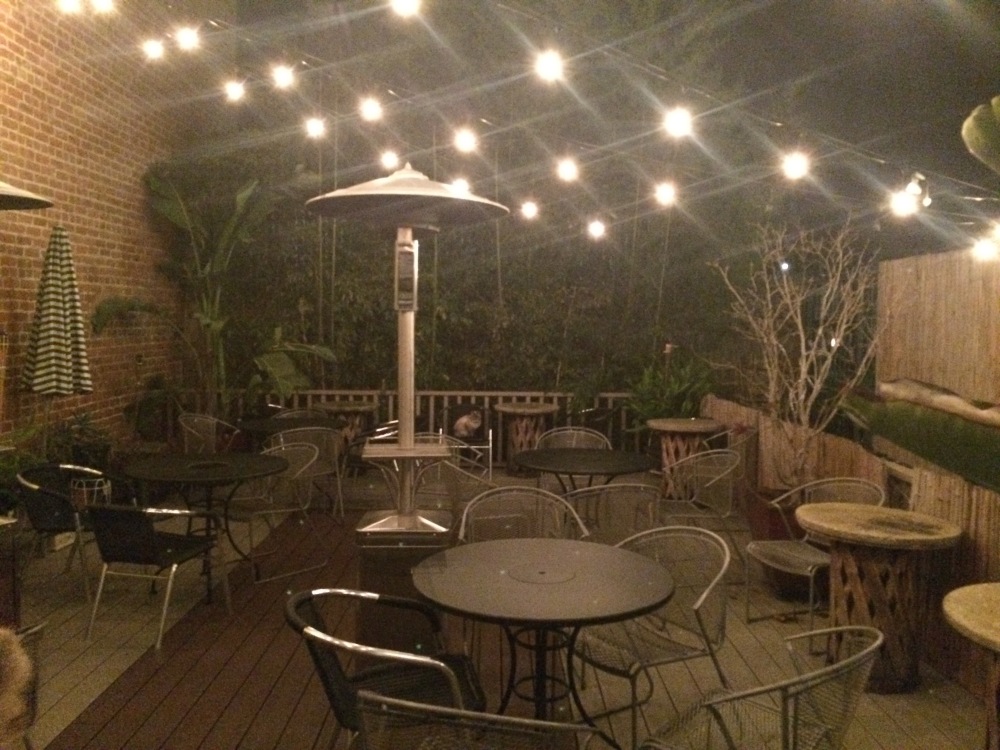